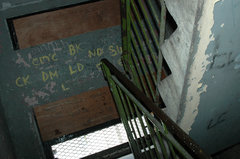 A landmark collective complaint against Ireland, which outlines appalling and widespread sub-standard housing issues affecting thousands of people across 20 Local Authority housing estates, has been deemed admissible for further investigation by the European Committee of Social Rights.

The complaint goes to the heart of the housing crisis in Ireland and the State’s inaction and reluctance to fulfil its duty to provide adequate housing under European and International Law. Lodged in July 2014 by FIDH - International Federation for Human Rights, the complaint was a collaboration with its associate member in Ireland FLAC, and facilitated by PILA (Public Interest Law Alliance).

This Collective Complaint – the result of five years of evidence gathering across the 20 communities was coordinated by Community Action Network and assisted by The Centre for Housing Law, Rights and Policy at National University Galway, Ballymun Community Law Centre, Dr Rory Hearne of the Geography Department at NUI Maynooth and the Irish Traveller Movement.

The State voluntarily ratified the International Covenant on Economic, Social and Cultural Rights in 1989 which provides that States must “recognize the right of everyone to an adequate standard of living for himself and his family, including adequate food, clothing and housing, and to the continuous improvement of living conditions”. The right to adequate housing is beyond a mere four walls but rather, the Committee confirms, a place to live in “security, peace and dignity”.

In the case of this collective housing complaint this duty was not fulfilled by the State, or in reality local authorities. The Covenant allows States to factor in resource constraints into their ability to protect, promote and fulfil the rights contained in the covenant but within reason. Can a developed country like Ireland really have an excuse for the homelessness crisis that reached its peak in December last year which is ultimately rooted in an inadequate supply of social housing and affordable housing options for ordinary people. As well as this, the housing supply that is provided by the State is some cases, as this complaint is highlighting, substandard at a time when more families are facing homes repossessions and homelessness.

At the press conference on the admissibility of the housing complaint in March, Debbie Mulhall, a resident of Dolphin House Estate, one of the country’s oldest Local Authority estates, said that breaches of tenants’ social and economic rights had resulted in a third-class citizenship for some 130,000 households and their families – or close to 355,000 people across the country.

“Your home and where you raise your family is so much more than just bricks and mortar.  It is the starting place for so many basic rights essential for life– the right to health, the right to education, the right to work.  We are being denied these basic rights and being treated like third class citizens simply because we are tenants of the state.”

The Committee is clear that housing should be provided “irrespective of income” but unfortunately the State’s inaction in the boom and in the recession on addressing the need for adequate housing is entrenching inequality in society and a sense of insecurity amongst the most vulnerable in our society.

FLAC has submitted a civil society report, Our Voice, Our Rights, to the UN Committee on Economic, Social and Cultural Rights last year and is in the process of submitting further information to the Committee in advance of the State’s examination on 8 & 9 June. The State will be held accountable at this international forum for its decisions in the past and commitments to ensuring greater protection, promotion and fulfilment of economic, social and cultural rights for all in the future.