An abdication of duty: How state policy sacrifices public health for corporate wealth. 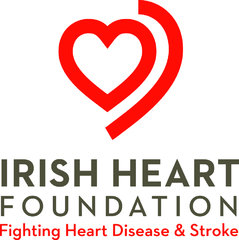 Achieving the ‘highest attainable standard’ of health, as laid down in article 12 of the International Covenant on Economic, Social and Cultural Rights, requires the Irish state to make political decisions and introduce health policies which provides the conditions for healthy lives.

The chronic diseases which kill most people in Ireland – cardiovascular disease, cancer, respiratory and diabetes – share four risk factors, tobacco, alcohol, poor diet and lack of physical activity.  So the conditions for healthy lives require Government to tackle these risk factors head on.

Further, there is a pressing need to address these risk factors given the very unequal burden of disease in Irish society. Health inequity, or more starkly put – poverty – means that Irish people on lower incomes are sicker and die earlier than those with higher incomes. If you live in a deprived area of Ireland you are 2.5 times more likely to have coronary heart disease than a citizen living in an affluent area (see Balanda, K. et al. (2010)  Making Chronic Conditions Count: Hypertension, Stroke, Coronary Heart Disease and Diabetes from the Institute of Public Health in Ireland). No surprises then that people living in the most deprived areas of Ireland have the lowest life expectancy.

In short, political decisions about whether to reduce healthy inequity or tackle obesity rates, or reduce alcohol consumption, have life or death consequences.

The failure to adequately address these factors is demonstrated by the fact that more Irish children are overweight than in most European countries (see Layte and McCrory’s 2011 paper on ‘Growing up in Ireland - Overweight and obesity among 9-year olds’); 75% of alcohol consumed in Ireland is done so as part of a binge session; and only 12% of secondary students are physically active for an hour a day (see Research Report No 1 by Woods, Tannehill, Quinlan, Moyna & Walsh on ‘Children’s Sport Participation and Physical Activity Study (CSPPA).

Yet we continue to see the reluctance of Government to introduce policies, such as banning alcohol sponsorship of sports, or introducing large-scale bans on junk food advertising to children, which could reduce people’s exposure to and attraction to unhealthy products.

Why then, given the scale of disease and the unequal impact on Irish citizens, has the Government been slow to tackle public health threats?

One explanation which continues to gain ground is that several of the risk factors, particularly alcohol, junk food and tobacco, are represented by strong lobbies. And these industries have a vested interest in policy decisions which are not compatible with people achieving the highest attainable standard of health. This has led people to refer to ‘industrial epidemics’, that is ill-health caused by corporate strategies which stimulate the over-consumption of unhealthy products (see the 2007 paper by Jahiel & Babor on ‘Industrial epidemics, public health advocacy and the alcohol industry: lessons from other fields’ in Addiction Journal).

Take the example of childhood obesity, which the Government’s Rapporteur on Child Protection, Dr Geoffrey Shannon has called ‘a vital child protection issue and a challenge to implementation of the right of children to the highest attainable standard of health in Ireland’. The public health community recognises that rising obesity is a normal response by people to an unnatural environment caused by widespread availability of high-calorie foods and reductions in physical activity. To put it plainly, previous generations wouldn’t recognise much of the food consumed in Ireland today.

Yet up to now, the policies developed to address obesity in Ireland have focused on what individuals can do to reduce their own risk of obesity, through media campaigns and short-term programmes in schools. Much less attention has been paid to address the drivers of obesity, including the intense marketing of food to children by large food companies.

In the obesity area we can clearly see that market forces can have a significant impact the conditions which affect people’s health.

What should the Irish Government do?

The Irish Heart Foundation believes there is strong justification for Government to introduce legislation and regulations which would help reduce the demand for, and availability of, unhealthy products. At the moment, the State is failing in its duty of care to protect public health, and particularly the health of children, to the advantage of vested interests, whose remit is to maximise the wealth of a small number of shareholders.