A New Policy Framework for Local and Community Development 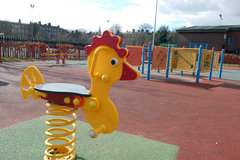 The process of preparing the promised policy paper on local and community development has finally got underway with the publication of a draft paper, ‘Our Communities: A Framework Policy for Local and Community Development in Ireland’by the Department of the Environment, Community and Local Government. Submissions are invited by 10 April 2015. There is no indication as yet that the department will engage in a more intensive consultation with either the local development sector or the community sector.

While the paper is a draft document, subject to changes following submissions, it is clearly focused on consolidating ‘Putting People First: an action programme for effective local government’ published in 2012 and subsequently implemented with the Local Government (Reform) Act 2014 - which resulted in new structures and processes at local level  including:

The paper sets out the core objectives and measures of the framework:

The draft Framework is clearly focused on government’s objective to move local authorities from ‘a peripheral involvement in local development programmes’ to being the ‘primary vehicle of governance and public service at local level’. The previous reduction/absorption of the Community Development Programme and the granting of management oversight of SICAP to the LCDC facilitates the realisation of this objective.

Compared to the 2001 White Paper there is little understanding that community development activity is based on independence and choice. Civil society organisations cannot therefore be organised and directed by the state without negotiation and consent.

In contrast to the 2001 White Paper, there is no acceptance of the right of the state and the community/voluntary sector to constructively critique each other, something that is essential to achieving better services and better outcomes for disadvantaged people. Neither is there an acceptance of the structural nature of social exclusion and inequality as in the 2001 White Paper.

Finally, the draft Framework doesn’t outline the role of community development and local development in pioneering new approaches. The document is all about co-ordination and efficiency.

In conclusion, this is a draft paper for consultation, so there is an opportunity to inform its development. Given the concerns expressed above, and the variances with the principles informing the 2001 White Paper, it is extremely important that the draft is influenced and improved.