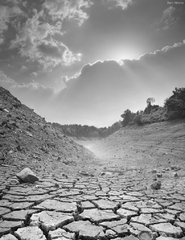 By Niall O Baoill, Blue Drum (A longer version of this blog piece is available from Blue Drum.)

What could be more fair and dynamic than to enable more open systems of community-based arts provision and dialogues? Processes that could, in turn, catalyse fresh sets of understandings around contemporary culture, the developmental role of the arts and the unique and needed contribution of artists. Powered together, these could help Ireland develop resilience in the face of unprecedented economic, social and cultural threats.

Community, no matter what your definition – geographic, identity or interest-based – can provide fertile ground in which such vital cultural discourses and experimentations might occur. I have knowledge of not dissimilar initiatives in many North American situations – ones with proven outcomes.

My direct experience – particularly in recent decades in Ireland – has demonstrated that practical synergies can be found between the context of community and the distinct pedagogical skills and vocational identity of arts students, committed artists and lead arts organisations.

Such work, if tackled properly, requires courageous forms of:

It seems to me that even the academically coined label ‘socially-engaged arts practice’ reveals a subtle but powerful desire on some parts of mainstream culture to box off the movement on its own terms - as though it is a new and sacrosanct ‘discovery’ worthy of only the most singular and erudite of new wave practitioners.

Community arts is perceived by these ‘gatekeepers’ of contemporary culture as an opportune extension to existing cultural norms – the relationship is essentially predatory and acquisitive. This attitude – whether conscious or unintentional –seems to elevate the status of individualistic interpretations of social contexts and subjects rather than supporting a more pluralistic or respectful, interdependent perspective.

But why is there such intransigence? Why such a chronic inability to embrace natural, common sense propositions in which reforms of a largely redundant model of cultural provision could conceivably yield significant dividends to our various educational, economic, artistic and civil society functions?

This impasse is especially strange given that the Irish Government last year enacted a Human Rights and Equality Act, which among other things, defines its clear public duty to protect and vindicate the cultural rights of all citizens. Meanwhile, a Joint Parliamentary Committee on Art and Social Inclusion also published its findings recently recommending that new policies and mechanisms be implemented to deliver improved provision and support to the community/participatory arts movement.

Regrettably there appears to be blanket denial of the importance of these measures for the State or for their possibly transformative impacts for the formal arts sector. It is a very bizarre and unprecedented situation, likely to find its strange expression at the forthcoming scheduled appearance of the Irish Government before the UN Committee on Social, Economic and Cultural Rights in June of this year. For the first time in the history of the State, Ireland will be taken to task concerning its failures to deliver on its own stated commitments and responsibilities with respect to Arts and Culture.

One can only imagine political evasions, diversions and confusion in this forum - for successive Governments have presided over the ongoing systematic exclusion of vast numbers of children, young people, disadvantaged communities and ethnic minorities. Against endemic social exclusion, these are people whose vital sense of cultural identity and their need to strengthen their creative and critical faculties can no longer, in conscience, be ignored.

In 2016 we mark the centenary of the Easter Rising – the revolutionary act that precipitated the establishment of the Irish Republic. A period of intense cultural and political debate will no doubt ensue - one in which hopefully the plaintive words of a lonely poet might yet find sufficient resonance to challenge this prevailing cultural cowardice:

Culture is always something that was

Something pedants can measure

Depth of dried up river

Shall we be thus forever?

Shall we be thus forever?