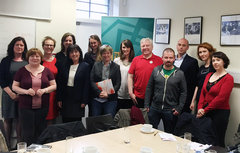 The UN Committee will also meet with Irish civil society groups travelling to Geneva to express concerns on how basic rights under the treaty -  such as housing, health, education, work, social security, family life, adequate standard of living and cultural life - are being protected by the State.

The key civil society report was coordinated by FLAC and its public interest law offshoot PILA and features contributions from more than 80 organisations around Ireland.